The following is a summary of tweets posted to TechNewsRadio@Twitter over the last week: 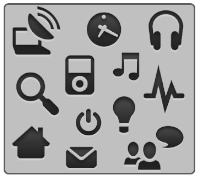